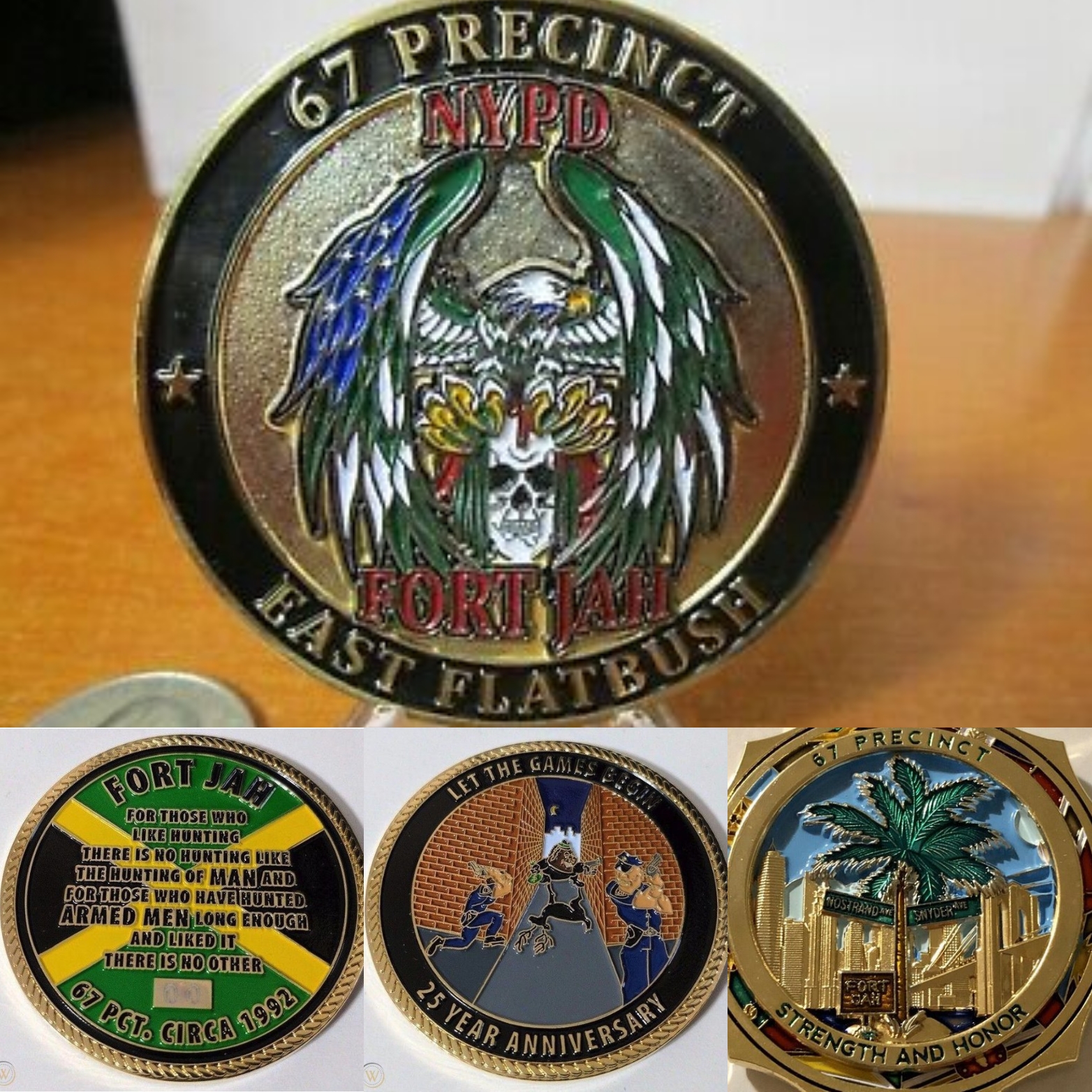 "Recently it was revealed that the NYPD, specifically the 67th precinct has challenge coins issued out by the PBA that depict dehumanizing images and murderous wording that celebrates the murdering of Black people, specifically Afro-Caribs in the community. The fact that the NYPD is trying to justify these racist challenge coins, is a clear example of why the Black Lives Matter Movement exists and why there is a "Defund the NYPD" campaign that exists as well. I am the President and Co-Founder of Black Lives Matter Brooklyn and I live in Flatbush/East Flatbush where the 67th precinct patrols. I condemn the issuance of these challenge coins and the NYPD's failed attempt to justify them. As a U.S. Marine Corps Veteran, I have had challenge coins. Challenge coins are used to celebrate and commemorate events and achievements and are at times exchanged between us in our units. So what is 67th precinct celebrating with challenge coins that shows an eagle holding a skull with dreads, two white officers hunting a Black Man with dreads like a deer and a full statement on one that glorifies the hunt. This is the same precinct with officers who murdered Shantel Davis, Kimani Gray, Dwayne Jeune and many more. The same precinct that has officers like David "Bullethead" Grieco, who has been sued about 23 times for brutality, unlawful searches, violations of civil rights and unlawfully breaking into homes. There is a lawlessness within the NYPD amongst many of it's members who have a gang mentality, like those who wear the punisher symbol while on duty, which is a symbol of being "Judge and Executioner". The fact that the PBA issued these challenge coins out, renews my call for the disbanding of this racist organization that does not represent the interests of labor and definitely not Black workers. The silence from Elected Officials regarding this matter is deafening. I am not surprised that council members such as, Farah Louis, have not spoken one word about this since she and many others have taken donations and have celebrated receiving endorsements from the PBA, which has recently endorsed Donald Trump. Silence equals complicity and violence. The voice of the movement and the community will not be silent about this at all!" – Anthony Beckford