"I support Intro.146 and I am happy that it is supposed to be passing in the council today. I always said "if the council failed to pass it this time around, that I will pick up the bill as the new council member of the 45th District and make sure that it is passed. It is also part of ny "Housing Justice Plan". For years myself and many other advocates have stated that the City FHEPS vouchers need to be increased so that families can actually obtain housing in New York City. The Council is set to make this happen after so much pressure had to be applied to many of them. City FHEPS vouchers will now be increased to the federally determined market averages. The state-set levels kept New Yorkers stuck in homelessness and unable to find adequate housing. There are 11,719 families with children in NYC that are living in shelters. Not having a stable home is not only stressful and emotionally draining, but is also traumatic. The Department of Homeless Services is literally paying an estimated $3,600 for each hotel room it rents under a contract that the city approved last year. That is way more than what New Yorkers were receiving with their vouchers. This is unjust and shows that thr priority of many in the council and city agencies, were to keep funneling money to keep New Yorkers homeless instead of with adequate, secured housing. In some instances, the amount paid to hotels everyday is enough to provide every homeless New Yorker with truly affordable permanent housing along with services and much-needed resources. We must prioritize the people at all costs, by funding solutions and not band-aid fixes." - Anthony Beckford 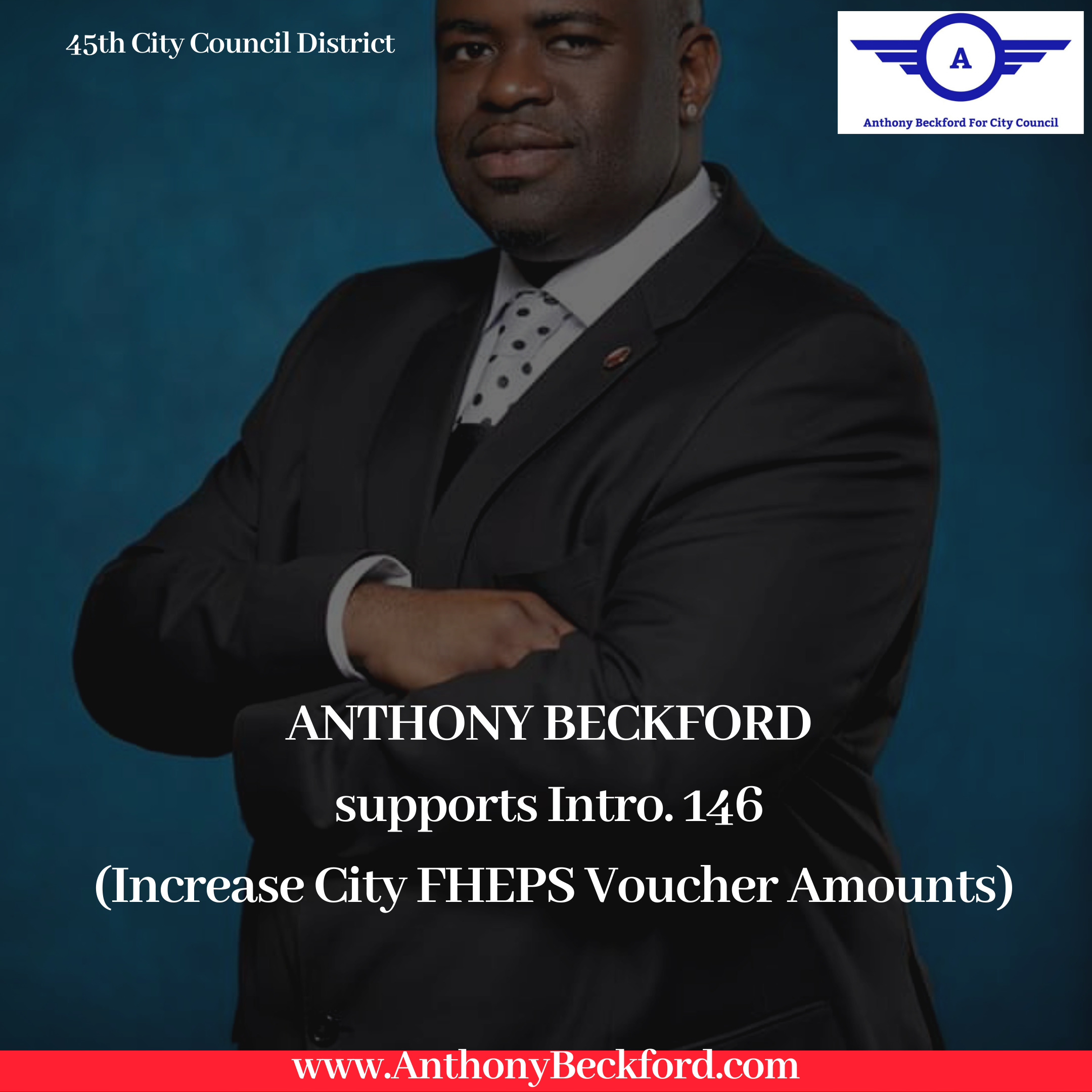