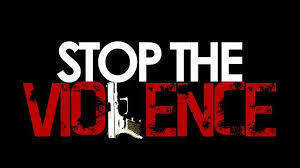 "We are fighting at two battle fronts. One is against police brutality and systemic racism and the other is the self-hate and destructive nature of a few people that are committing acts of violence against their own people. Let me be very clear that I believe in the power of language, so I will not use the racist narrative that many feed into such as "Black on Black Crime", because you will never hear anyone use the title of "White on White Crime" with the mass shootings and everyday cases of murder and abuse that the media fails to highlight in the affluent communities. For anyone who is wondering where is Black Lives Matter in response to these shootings. We are out here and always have been in our communities fighting back against the cycle of violence that a few want to inflict on many. We are out here putting our lives on the line daily against systemic racism and gun violence.

I am a single Black Father and Community Leader that is on the frontlines of each of these fights and have been fighting tirelessly. I have lost family and friends to fun violence and I do not tolerate it or stay silent on the matter. I do not settle for empty rhetoric and bandaid fixes to open wounds. I grieve and hurt with these families, because as a community, WE are all family. I am calling on the Electeds to come meet with myself and other advocates who are doing the work daily without the funding and learn who can truly get the work done. I am calling on every Clergy to start taking to the street corners and inner blocks and to not talk at, but talk to the youth and hear their cries for help from the self destruction. Bring them into the fold. I am calling on all generals and OGs in the gangs to call an immediate Cease Fire. There used to be rules and structure and it is all falling apart. I am calling on those in the NYPD and those from out of state who are pushing the guns back into our streets to cease and desist because we will not tolerate this any further. I am calling on all true allies to not only be with us when we stand against police brutality, but stand with us when we battle against gun violence as well. You cannot speak for us, but you can support us. I am calling on all Advocates and Community Leaders to set your egos aside. We have work to do and it needs to be done now." - Anthony Beckford