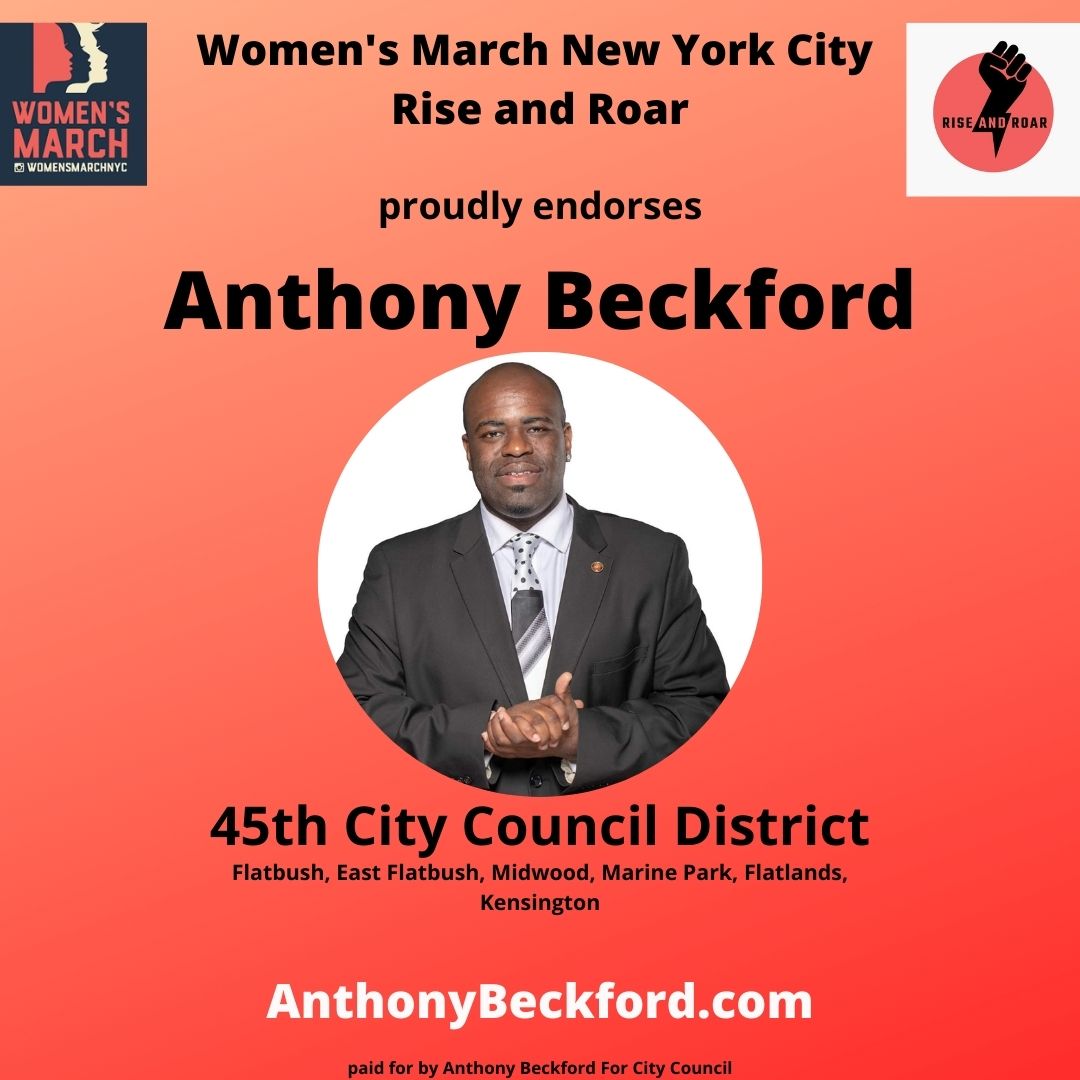 Anthony Beckford, who is the Progressive Democratic candidate for City Council in District 45, has been racking up endorsements. To date, he is leading with 39 endorsements in the race to represent Flatbush, East Flatbush, Marine Park, Midwood, Kensington and Flatlands. His endorsements range from notable politic organizations and advocacy groups such as, New York Communities For Change, Jim Owles Liberal Democratic Club, Concerned Citizens For Change (chapter of NYPAN), Voters For Animal Rights, NYCLASS, Future STEPS US, NYC Against ICE and a few others. Along with endorsements from Elected Officials in and outside of New York, like Brooklyn Democratic District Leader Shaquana Boykin, Mt. Vernon Councilmember Delia Farquharson and Chris Ricci who is a Council Member out of Modesto, California. His most recent endorsement comes at a right time during Women's History Month and speaks of his commitment to advocating for Women's Rights and Reproductive Justice. This endorsement comes from the Women's March NYC Rise and Roar.

For those who are unaware, Women's March is the largest Pro Women's Rights Action that takes place nationwide every year.

"It is truly an honor to be able to receive this endorsement from Women's March NYC Rise and Roar. They have made the work that they do inclusive to all Women and have been consistent and outspoken against Trump's attempts to violate the rights of Women everywhere. I have been a very vocal and action oriented advocate for Women's Rights and Reproductive Justice. As a Single Father to my 9 year old daughter, I am not only fighting for her future and her rights, I am fighting for the rights of young girls and Women everywhere. I am truly humbled to receive this endorsement, especially during Women's History Month." - Anthony Beckford